Former Skype Executive On Hiring In a Smaller World

I was lucky to get an interview with Sten Tamkivi from Teleport, a tech entrepreneur, most recently residing at Andreessen Horowitz.

After starting a few companies in Estonia, he joined a start-up called Skype as an early executive in 2005, where he ran the original R&D office and held several global product engineering leadership roles for 7 years.

As Teleport focuses on helping people and businesses around the world to come together and achieve great things, then our talk was mostly about the shrinking world where entrepreneurs have a lot more opportunities for hiring and development, but where all businesses also face a lot of new chances.

If I could put it in my own words, I'd say that the message here is: evolve or die. 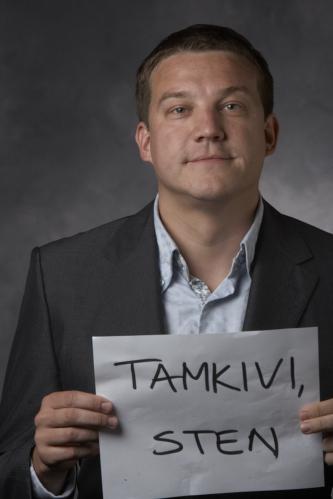 A smaller world for bigger companies

Running a company boils down to managing people. When asked, what are the key factors for a well managed organization, Sten said: "the #1 factor is attracting a group of smart, well motivated people who have the space and trust to operate at their peak capacity towards the vision you have for the company.

This is the same for teams sitting in the same room and the ones distributed globally alike — just that in the remote setting you have to make all your people processes (hiring, attrition, performance management, growth, firing, etc) and everyday coordination of work happen with the added friction of still-imperfect communication tech."

Yet, this "still-imperfect communication tech." has already brought us to the point where hiring people from around the world lets us tap into the global workforce. We can hire the best not from our own city but from around the world. According to Sten, this trend is only going to increase in the next ten years.

"It is quite likely that the attention span and full-on dedication of the top talent will continue to decrease," said Sten:

"if you're the best in the world in something, you will be visible to and able to work with an increasing number of top companies, peers, teams. You will have the luxury of acting more like an independent agent, and no single firm can count on you joining them exclusively for a 20+ year career, even if they put the most amazing offer on the table.

And people are increasingly automated out of doing boring, routine and cheap jobs anyway – to find more creative outlets for their brains and energy."

This brings into mind a logical next question, which I asked and for which, Sten, of course, had an answer: how you can make hiring decisions in a team that's spread over different time zones and how effective is technology in integrating new people into a team?

"From the past experience at Skype (where we had our first 200 people spread across 10 locations), I know that it is way easier to build location independence into the DNA of your company very early on.

I've hired 7 people to Teleport to date without meeting them in person, I guess that alone conveys something to them about how working with us will be when they join the team.

Once they do, counter-intuitively it is very important to get physically together as soon as possible. People in early teams must familiarize with each-other at first and learn to trust each-other.

Especially in the forming phases we've asked for all European employees to get together with others for roughly a week a month.

For intercontinental travel, it is more like a trip across the Ocean every quarter.

Having this face time also disseminates the culture, the shared norms and practices that people continue following when they are working remotely and more independently.

For group gatherings in new places we actually built a tool on the data we have about the world: try Teleport Flock – just say where your people are, and we'll calculate what's the flight & housing optimal place for you to get together."

Entrepreneurs place in his organization

Leaders have many problems to think about and as businesses develop and adapt, even more is demanded from them:

"On the flip side, running a company, e.g an organization of many humans, not just your own life in this environment will become exponentially complex, there are just so many more moving pieces seeking their local optima.

How do you attract and retain this top talent, and how do you herd a loosely affiliated group of superstars towards your mission, because they won't take your orders (and you're probably not smart enough to tell them what to do anyway)."

So what is a leader's role in a workplace and how has it changed in the last 10 years?

"There are very different schools of thought on leadership styles.

I think picking the right one depends more on the human personalities involved, stage & size of the company, etc rather than "10 years ago vs now".

In my particular case I've always tried to get out of the way, create an environment where people who are smarter than me can do what they came to do in the organization.

My job is to paint a picture of the future we're aiming for, remove obstacles from their way, rather than give orders about what they should be doing.

Then again, if I was running a 10,000 person call center running standardized scripts, I would probably completely fail with this approach."

Can most modern companies handle this?

"Well, how societies adopt to changing technologies (would it be video calling with Skype, or finding the optimal place to live and work in with Teleport) is always an evolution.

Some companies fall behind (imagine you only worked 9-5 in your own timezone, only dealt with people you meet in person and kept your entire supply chain and clients constrained in your home town) and die quicker than the dinosaurs.

Some become postmodern and are the first to adopt Oculus Rifts as their main work environment, a chance to become a laughing stock for a while before you become the new normal.

And the vast majority tick along, adopting step by step."

As you're also an investor, what are the main factors that make you look at a start up and think "Yeah, this one looks promising"?

The founders are authentic, e.g you can see from their background and personal experiences that they are somehow uniquely equipped to solve the problem they want to solve. Also there is something about people who are creating a start up as a vehicle to fix something in the world they just can't help but work on — you recognize that magic right away, over the people who are building startups because they hope to become rich or they think it is the hip thing to do.

In early stage investing the people are pretty much the only thing you can go by. Whatever they tell you about their product plans or business model will likely change in the first year anyway, once they get the some runway to really get cranking on the early ideas.

We finished the interview on a positive note for all the start-ups.

In a way, software startups of today are lucky because to an extent we have to live with this kind of environment today. What we are learning today will be the norm in the large industries – the banks, ministries, shipping companies and insurance houses in 20 years — they just don't know what to fear yet.