Some great news from us at Weekdone to end an amazing week.

First, we beat 400 other hopefuls to win the pitching competition at Europe’s largest technology and startup conference Slush.

Here are the news in a more official press speak.

TARTU, Estonia, November 15, 2013 – Weekdone, weekly reporting software, an Estonian startup that aims to become the #1 app for managers to monitor and manage their teams, has won the Slush Pitching Competition and raised $200k in new funding from a group of investors led by KIMA Ventures.

Launched earlier this year, Weekdone, providing a simple and easy to use weekly reporting software, creates a simple dashboard that gives managers an overview of what their teams are working on and how it’s going. In Finland on Thursday, the company won the Slush Pitching Competition in front of 1,300 startups, 400 of whom had applied to pitch.

“We’ve always believed in winning over managers who want to achieve more by doing less,” said co-founder and CEO Jüri Kaljundi. “But never did it occur to us that we’d win Slush. It’s just mind-blowing. Looks like we’ve somehow activated our booster rockets this autumn — rockets we didn’t even know we had.”

To celebrate the Slush win, Weekdone is offering new subscribers a special 25% discount for life for their weekly reporting software Users have until December 15th to enter discount code SLUSH13WIN when ordering.

This week Weekdone also closed their next investment round of $200k. It was led by Jérémie Berrebi and Xavier Niel's KIMA Ventures, one of the most active angel investors in the world. The round also included existing investors, Skype/Kazaa founding engineer and chief architect Ahti Heinla, Rubylight venture fund, and Taavi Lepmets, a former backer of Odnoklassniki, Russia’s largest social network. The round brings the total raised by Weekdone to $290k.

"I managed and am still managing many companies,” said Jérémie Berrebi of KIMA Ventures’ investment in the Estonian company. “I really think weekly reporting is the most important thing a manager needs to request to his team. Not always easy but with a tool like Weekdone, it’s becoming fun for everyone,”

This month, Weekdone grew its team from three to five people and set up an office in New York City. The moves follow a recent ramp-up in sales — almost a third of Weekdone’s paying customers started their subscription in October.

Available on the web and as an iOS app, Weekdone is used by thousands of users from SMEs to teams of several hundred people at Fortune 500 companies.

Try Weekdone with your Team 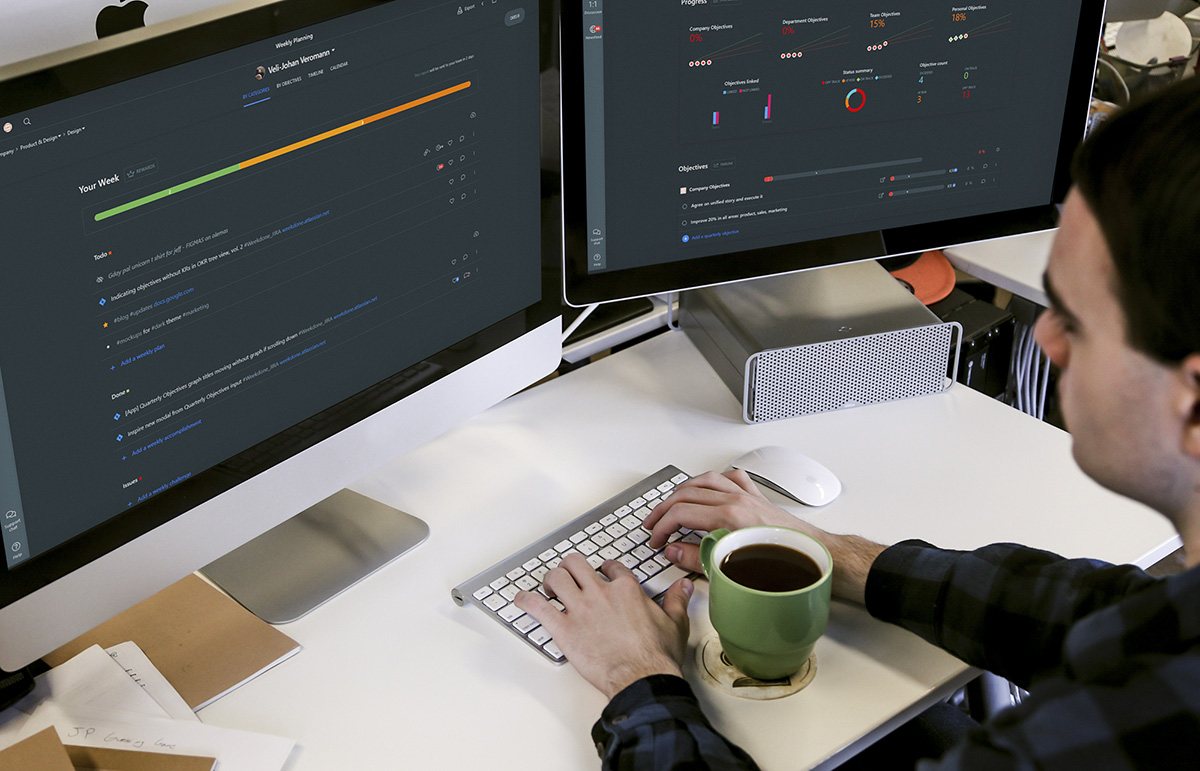